It would be funny if it wasn’t so true. 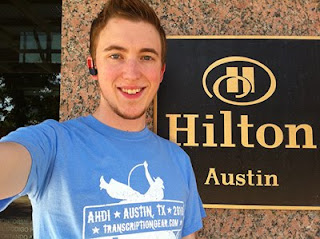 So I was sent to Texas for the ACE365 tradeshow this year and let me tell you, it was a blast! To start with, what a great location to hold the show. Yes, Austin may be too hot for some but the culture there is thick. The sights and sounds of this busy city are truly a wonderful thing. I had the ability to enjoy cuisine from anywhere in the world within just a few blocks. The musical entertainment is not lacking either. Known as the Live Music Capital of the World, it did not disappoint. I could hear 4 different genres at any given time within doors of each other. But enough about Austin lets talk AHDI! 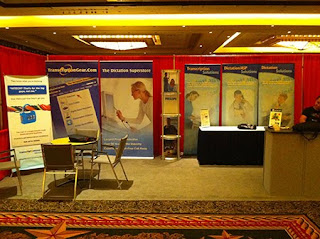 I was exhibiting at the TranscriptionGear.Com booth this year. We arrived on Wednesday afternoon and set up our booth in a breeze. But before we did that, I took the liberty of enjoying a delicious lone star burger from the Liberty Tavern. Just as a heads up, great food and service! After the booth was set up we were finished until about 7 p.m. when the opening reception started. I had the pleasure of meeting a lot of my “e-friends” in real life. We talked dictation, transcription and so much more. There was also a mysterious man walking around with this black wig on. He was a hoot and I’m pretty sure he had a great time as well. After the reception we all mingled our way down to the hotel lounge and continued to network. I would have to say AHDI is one of the best networking shows out there. 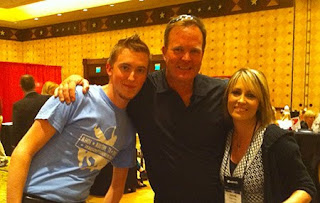 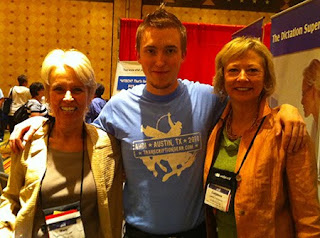 On Thursday we were up bright and early to greet the tradeshow crowd, hungry with those freebie tradeshow eyes. As tradition has served, TranscriptionGear.Com brought Austin themed t-shirts to give away. We had a slamming Thursday at our booth and gave away so many t-shirts. We also ran out of catalogs, but we had some more shipped to us. The shirts this year were a huge hit, and hey, I still wear mine around all the time. On a side note, I am looking forward to next years design, Arizona.

About halfway through the day, the crowd usually starts to slow down as panels and classes begin. I did attend a few sessions and I’ll tell you about one in a minute. Thursday was a success though, and I got to meet more people than I thought possible. The tradeshow wound down late afternoon and we closed up shop and headed to get some dinner. I had another burger on Thursday night; I simply love my beef. 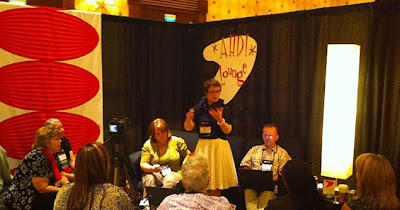 On Thursday I attended a session called “Tweet-Up” in the AHDI Lounge. It was a great gathering to talk about social networking and how we can use it to help keep up-to-date. ACE365 and AHDI decided to start an interactive chat between tradeshow attendees and those who couldn’t make it to the show. I participated in this conversation over the course of the tradeshow and after I made it back home safely. With the power of twitter and hash-tags, there was a discussion taking place literally across the U.S. I am glad to see the power of these social sites being utilized to help inform so many of new and exciting things in the industry. Twitter was not the only thing discussed at the show though, other avenues were being brought to attendees’ attention as well. Tools such as Facebook, LinkedIn, Blogs, etc. were all being discussed. Today’s age of technology is simply amazing, and I’m glad it was discussed. We need to embrace the technology at our disposal and not let it go to waste. 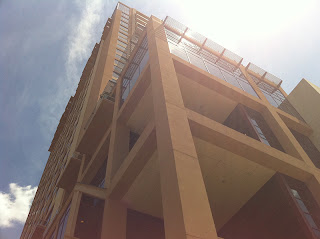 Friday was the final day of the show for us exhibitors. Now we thought we were supposed to be on the floor at 8am, little to our surprise did we find out that was wrong. The floor really didn’t open up until 10am. Besides that little mix-up we had a great Friday. We were able to give away every shirt we brought to the show, and that was a great relief. I really didn’t want to have to pack 50 shirts in my luggage. Friday was a short day and we tore the booth down around 2:30 p.m. This left us plenty of time to network some more and see the city. I had lunch with a few friends from Facebook and you can probably guess what I ordered. After that I went back to the hotel to get ready for the evening. I met up with Ryan from TranscriptionGear.Com and we headed out to 6th street. This is where it all happens or so I was told by like 30 people. It was fantastic, so many people, food, music, entertainment. You name it and it was probably going on somewhere on 6th street. I almost had the pleasure of riding a mechanical bull as well, but I decided against it. 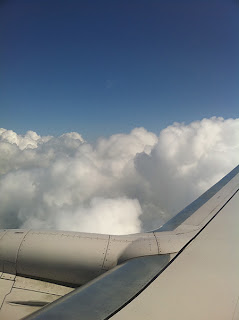 All-in-all AHDI is one of my favorite shows that I attend. I love the people who attend and the atmosphere that surrounds you. Every year it seems to get better, and I am looking forward to next year immensely. If you haven’t had the chance to check out AHDI, make an effort to come see me there next year! It’s a great opportunity to meet so many colleagues in the industry and those connections are ones that don’t fade. I wanted to personally thank everyone that came by our booth this year. Everyone from TranscriptionGear.Com hopes you enjoy your shirts! I hope to see you all next year, and remember, connect with me at the links below to stay in touch!
☺

9 tax tips for the self-employed

August 16, 2012 by Traci Miller
We use cookies and analytics to provide you with the best experience on our website.Accept
MGT